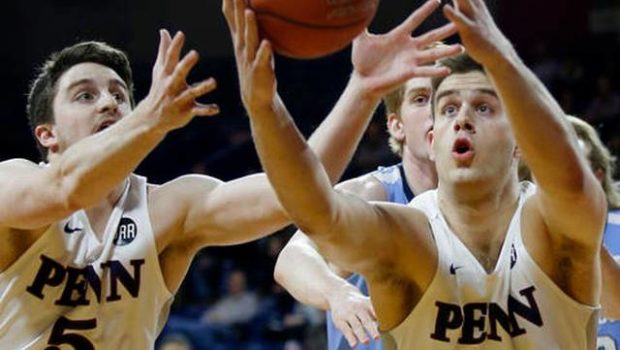 Sam Jones scored a season-high 17 points and A. J. Brodeur added 14 points, 10 rebounds and four assists to lift Penn over Columbia 70-62 last night at the Palestra for the Quakers’ first Ivy League win this season.

Penn went ahead for good on Brodeur’s 3-point play with 4:15 to go. Two Mike Smith free throws with 2:19 remaining got Columbia within 62-60 but a bucket by Brodeur then, in the final minute, six consecutive Penn free throws mixed in with a couple of blocks by Howard on Lions’ drives to the basket secured the win.

Penn outrebounded Columbia 48-31, including 19-10 on the offensive glass.