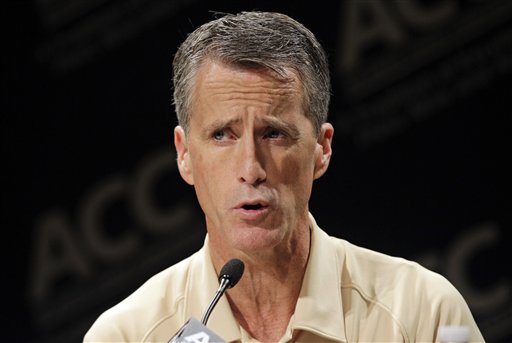 PENN TEEING UP STEVE DONAHUE TO BE BASKETBALL COACH

Big doings out at Penn tonight.

As the rest of the college basketball world focuses on March Madness, the Quakers’ basketball program, which has been in the dumps since coach Fran Dunphy left after the 2006 season, is about to get a jump start.

Steve Donahue is expected to be named the next head coach of the Penn Quakers, sources confirmed to ESPN.com.

Donahue, who was an assistant coach at Penn for 10 seasons before leaving for Cornell in 2000, is meeting with the Quakers tonight, sources confirmed to ESPN.com. The news was earlier reported by the Daily News.

He spent four seasons at Boston College before being let go last spring. He was also the coach at Cornell for 10 seasons, going to three NCAA tournaments and one Sweet 16 in his final three years with the Big Red.

Donahue replaces Jerome Allen, who stepped down after more than five seasons in charge of the Quakers. Allen took over midway through the 2009-10 season, after Glen Miller was fired seven games into the season. Allen went 33-28 in his first two seasons at the helm, but struggled to a 26-61 record over the past three seasons.