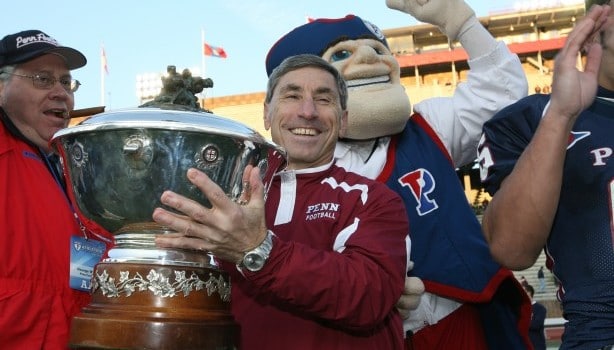 “We did not play as well as we had been and are capable of, and that starts with me,” Al Bagnoli said after the Quakers outgained his team in yards, 417-199, in rolling to their 18th consecutive victory against Columbia.

Bagnoli (above, holding one of many Ivy League title trophies he won at Penn) became central to the matchup as soon as Columbia made the stunning announcement on Feb. 23 that he had agreed to take over its downtrodden program three months after he retired with the most victories of any coach in the Quakers’ 137-year football history.