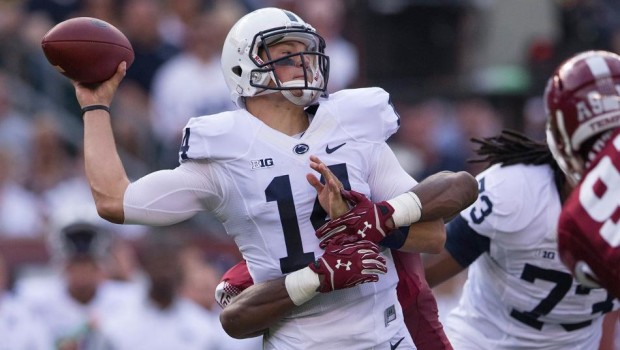 Temple is a tough team, especially on defense, but there’s no excuse for the Penn State to muster 103 passing yards from quarterback Christian Hackenberg (above) and less than 200 yards of offense in total. Penn State gave up more sacks (10) than it gained first downs (9).

Hackenberg looks as if he has taken a step back from his disappointing 2014 when his offensive line was so porous that he spent the whole season scrambling and getting up after sacks.

Yesterday at the Linc both the QB and the O-line looked woeful.