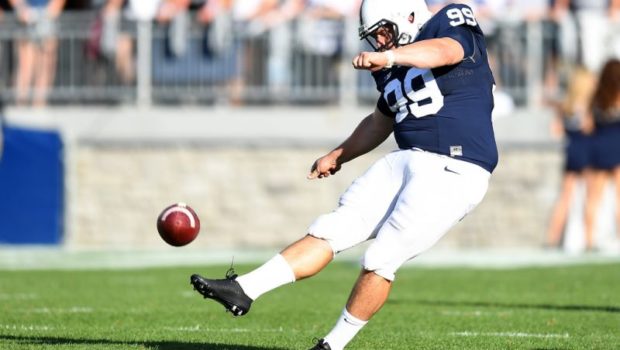 Penn State kicker Joey Julius will not be the Nits’ kicker this season.

Julius became a viral sensation in 2015 for his weight (his Penn State bio lists him at 5-10, 258 pounds) and for other teams’ propensity to take cheap shots at him.

Julias has since made it public knowledge that he struggles with a binge-eating disorder.

He made the announcement in October 2016, explaining that he had missed Penn State’s spring and summer workouts so he could seek treatment in St. Louis.