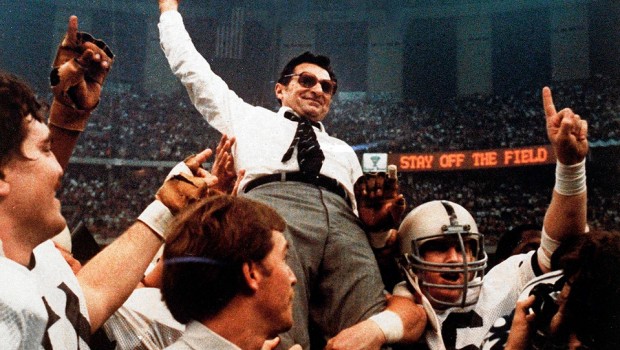 Some may believe that this is too low for the winningest Division I coach of all time, the man who built Penn State football into a national power and won 409 games and two national championships, spending 16 years as an assistant to Rip Engle and 46 more as head coach.

Some may believe that this is too high for Paterno, the man who experienced a monumental fall from grace at the end of his life after longtime defensive coordinator Jerry Sandusky was convicted of child sex abuse and Paterno was fired and faced with intense criticism and accusations of, at worst, covering up or ignoring allegations about Sandusky, and, at best, not being more vigilant.

These are the facts of Paterno’s football career: five undefeated seasons, a .749 winning percentage over 46 years, a 24-12-1 bowl record, 22 top-10 teams, two national championship teams (1982, ’86) and four undefeated teams that were not recognized with national titles, including an all-time great offense in 1994.