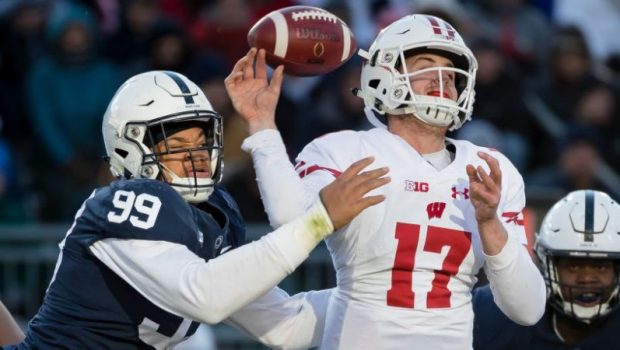 Yetur Gross-Matos will forego his senior season and enter the NFL Draft.

Gross-Matos was a first-team All-Big Ten selection after recording 8.5 sacks in his final year for the Nittany Lions. He also recorded eight sacks as a sophomore with a total of 18 sacks in his three years at the school.

Gross-Matos is considered to be one of the top defensive end prospects in the upcoming draft class with fellow Big Ten pass rushers Chase Young of Ohio State and A.J. Epenesa of Iowa.