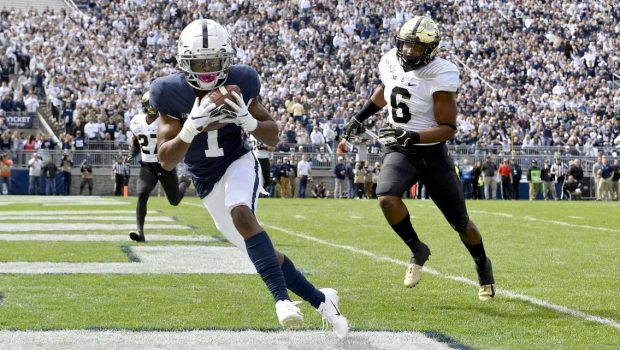 Sean Clifford threw for three touchdowns and ran for another as No. 12 Penn State routed Purdue 35-7.

Penn State jumped out fast, scoring on its first four drives, none lasting longer than 3:41.

KJ Hamler beat single coverage for a 23-yard touchdown catch to open the scoring and Clifford added a 3-yard touchdown run to cap Penn State’s second possession. The Nittany Lions turned a three-and-out by Purdue into an easy score immediately after when Jahan Dotson caught a pass over the middle and raced 72 yards, getting a good block from Hamler on the way to the end zone.

Penn State finished another quick drive with a 7-yard pass from Clifford to tight end Pat Freiermuth early in the second quarter. Noah Cain finished with 105 yards on 12 carries and added a 2-yard rushing touchdown in the fourth.

Plummer finished with 119 yards on 13-for-27 passing. He was sacked on two of Purdue’s final three plays of the first half before slowly pulling himself up and wobbling into the locker room. He was replaced later with Aidan O’Connell.