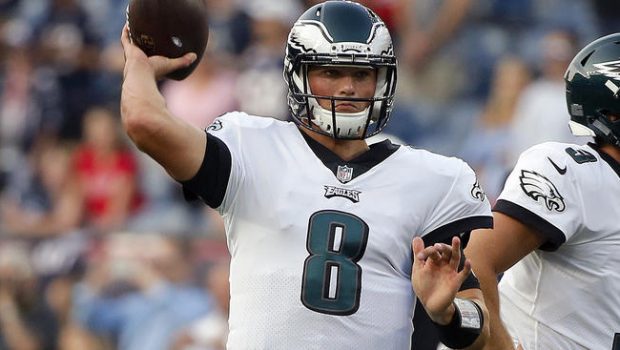 Christian Hackenberg’s playing days may be over, but the Eagles and Jets bust has found a new path.

The former Penn State star and Jets second-round pick is joining Winslow Township High School (N.J.) as its quarterbacks coach at the age of 26.

The Jets dealt Hackenberg to the Raiders in May of 2018 for a conditional seventh-round pick. The Raiders released him that June. He did get two more shots, with the Eagles and Bengals, but didn’t last long at either place.

Let’s take time give a warm welcome to Christian Hackenberg a former All-American, NFL QB and Penn State Alum. Hackenberg will be joining us as the QB coach here at Winslow Twp. @chackenberg1 pic.twitter.com/JnbTAwuBlk