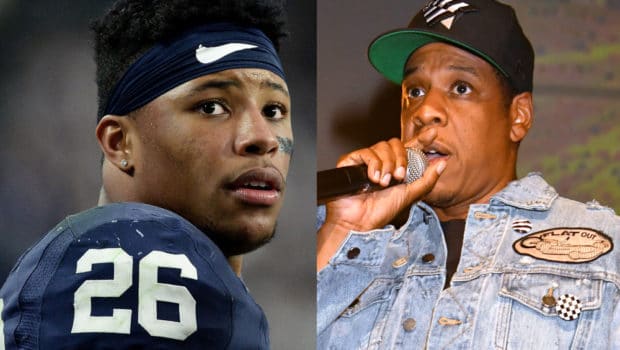 A day after he announced that he was bagging his senior year to enter the NFL draft, Penn State super back Saquon Barkley has chosen Jay Z’s Roc Nation Sports as his representative.

“It was a really easy decision,” Barkley said. “A lot of people came around my way, but they were focused on me and they did a great job at selling my family on setting me up for life, bringing value outside of football. I felt like it was harder for other agencies to pitch that family feel when they were working with 30 or 40 guys.”

Scoring Barkley means Jay Z’s sports agency has nabbed one of the top running backs in three of the past four draft classes. In 2015, the agency signed Todd Gurley, who went 10th to the Rams, and C.J. Prosise, who was picked 90th by the Seattle Seahawks. Last year, Roc Nation Sports signed LSU running back Leonard Fournette, who was selected by the Jacksonville Jaguars with the fourth pick.