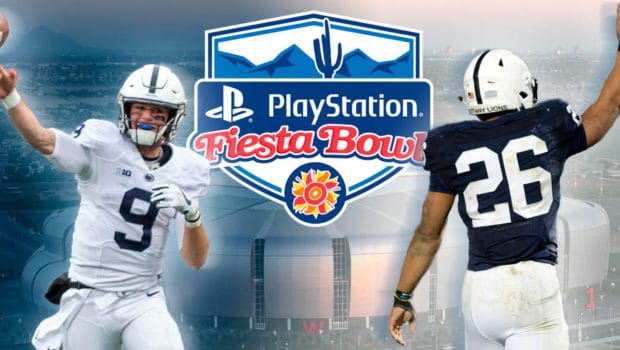 WHY PENN STATE WILL BEAT WASHINGTON IN SATURDAY’S FIESTA BOWL!

Here’s everything you need to know about No. 11 Penn State’s Saturday match-up against No. 9 Washington in the Fiesta Bowl:

4 p.m. ET on ESPN at University of Phoenix Stadium in Glendale, Arizona

Penn State lost two games by a combined four points and was probably one second-half collapse away from playing for a Big Ten championship and a potential spot in the CFP. Washington, a CFP participant last season, lost two games by a total of 14 points.

The Nittany Lions have dropped their last two bowl games and four of the last five. They’ve never lost three straight postseason games and won each of their previous six appearances in the Fiesta Bowl.