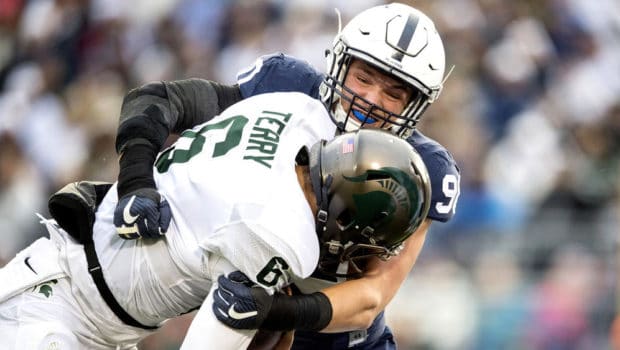 PENN STATE-USC: HERE ARE THE MATCH-UPS FOR TODAY’S ROSE BOWL!

Here is a thumbnail look at today’s Rose Bowl:

Most intriguing story line: Bowl games have taken some lumps. Over-indulgence watered down their prestige. The College Football Playoff rendered the others less meaningful. Draft-eligible players are less willing to risk injury. Some bowls aren’t what they used to be. And then there is the Rose Bowl. USC’s players, even the ones that figure to be high draft picks, said they wouldn’t consider skipping this game. After two snoozers in the playoff semifinals, college football fans look West, where the Rose Bowl gets the game it deserves: two traditional powers, the best teams in the Pac-12 and Big Ten, fighting it out in January in the sport’s most iconic venue.

USC pass offense vs. Penn State pass defense: Quarterback Sam Darnold has been sacked five times all season. Penn State averages somewhere close to that per game: 3.2. The pass rush will be the game’s key. Garrett Sickels, a second-team All-Big Ten defensive end (above), is tied with with defensive end Evan Schwan for the team lead with six sacks. “When they’re not scheming to pressure, they have great pass rushers,” offensive coordinator Tee Martin said. Darnold does not scare easily. His passer rating improves when blitzed, according to Pro Football Focus. He is second in the nation in ESPN’s total quarterback rating. USC’s passing game ranked 21st nationally after September. Penn State’s secondary, 40th in the nation in that period, will have its hands full with a healthy receiver JuJu Smith-Schuster (781 yards, nine touchdowns), receiver Darreus Rogers (654, three) and athletic tight ends like Daniel Imatorbhebhe (225, four).

USC run offense vs. Penn State run defense: It took Ronald Jones eight games to find a rhythm. Once he did, look out. He averaged 148 yards and two touchdowns over USC’s last five games. If the long layoff disrupted his timing, USC can turn to Justin Davis, whose sprained ankle has healed. He was averaging 9.2 yards per carry in his last three games before the injury. USC hasn’t seen many defenses like Penn State’s. It has allowed just 127 yards per game since surrendering 326 to Michigan when its linebackers were decimated by injuries.

Penn State pass offense vs. USC pass defense: There may be no hotter quarterback than Trace McSorley, who completed 72% of his passes and threw eight touchdowns with no interceptions in his last two games. McSorley is a mobile and diligent passer: He has had just five passes intercepted all season. USC has improved in almost every facet over the season — except pass defense, which ranked 71st in the nation (238 yards per game) after September. The matchup to watch is cornerback Adoree’ Jackson on receiver Chris Godwin (795 yards, nine touchdowns). Jackson is the Jim Thorpe Award winner but has given up six touchdowns this season. McSorley also favors tight end Mike Gesicki (668 yards, four touchdowns).

Penn State run offense vs. USC run defense: Saquon Barkley could be the best back USC has seen this season — including Stanford’s Christian McCaffrey. Barkley, the Big Ten Conference offensive player of the year, is a potent combination of size and speed. He rushed for 1,302 yards and 16 touchdowns this season. Heavy doses of Barkley early usually set up explosive play-action passes late. Despite Barkley’s brilliance, Penn State has averaged a pedestrian 199 yards per game since the end of September. USC’s rush defense, anchored by defensive tackle Stevie Tu’ikolovatu in the middle and the speed of linebackers Uchenna Nwosu and Porter Gustin outside, has allowed just 103 yards over that span (sixth nationally). “We need to make them one-dimensional,” linebacker Cameron Smith said. “That’s our main focus.”

Special teams: USC is fourth in the nation in special teams efficiency, which measures how many points the special teams unit contributes, according to Football Outsiders. Penn State ranks 25th. Penn State kicker Tyler Davis has made 22 of 24 attempts. USC’s Matt Boermeester has made 15 of 20. All eyes, as always, will be on Jackson, the nation’s best returner, with four punt or kickoff returns this season. Penn State coach James Franklin said he’d be happy with “not allowing Adoree’ to wreck the game.”

The pick: USC’s advantage in most areas obscures just how tightly these teams are matched. Penn State is one of the nation’s best finishers, but in a matchup this close, the advantage goes to the team playing in front of a hometown crowd with the better quarterback. 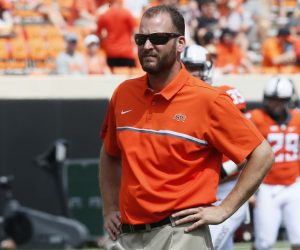 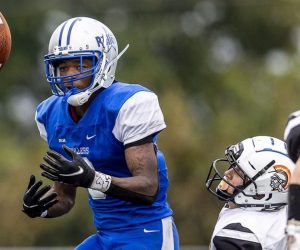 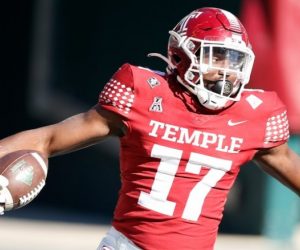