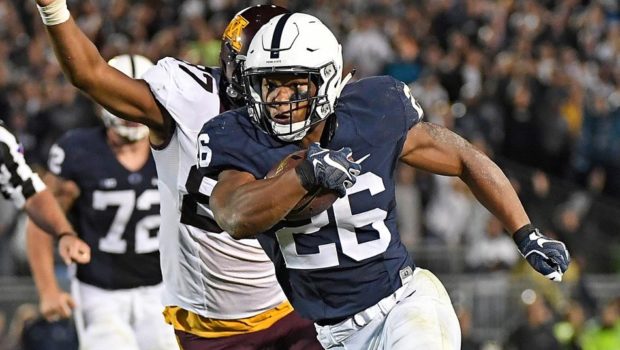 WHY PENN STATE IS STILL HEADED FOR THE COTTON V. NOTRE DAME!

So, what is the state of play of Penn State’s bowl expectations?

Or should we say not so great bowl expectations?

A few weeks ago, it looked like the Nits’ Penn College Football Playoff were still alive.

They are poised to beat Maryland handily this Saturday and finish the regular season 10-2.

CBS Sports, SB Nation, NBC Sports and Bleacher Report have the Nittany Lions facing Notre Dame in the Cotton Bowl. That’s assuming the Fighting Irish win on Saturday against No. 21 Stanford and get to 10-2. They’re 2.5-point road favorites in Palo Alto.

The only other bowl Penn State has been projected to go to is the Citrus Bowl, which isn’t a New Year’s Six, but still a nice destination. ESPN and Sports Illustrated have the Nittany Lions playing Mississippi State in Orlando. The Bulldogs will likely beat Ole Miss and finish the season at 9-3. Mississippi State is a solid team, which has lost to only Alabama, Auburn and Georgia this season.

Now, Penn State still has an outside shot at the Orange Bowl. If Ohio State falls to either Michigan or Wisconsin the next couple of weeks, that’d push the Buckeyes below Penn State in the pecking order. But the Nittany Lions would still deal with Georgia ranked ahead of them, probably even if the Bulldogs lost in the SEC title game. The Orange Bowl takes the top-ranked Big Ten, SEC or Notre Dame team.