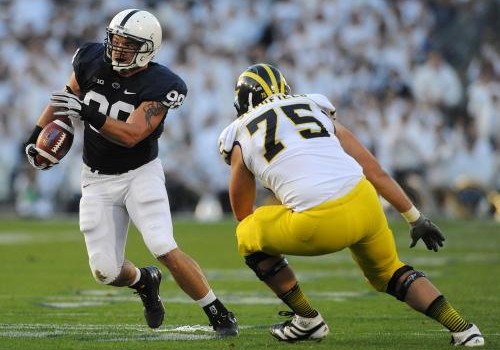 Here we are, less than a month away from Temple’s home opener against Penn State at the Linc, and already the rest of the media are salivating about:

Does the rest of America understand just how good this guy is? He’s a freak athlete playing defensive tackle, one who’s as comfortable in an MMA octagon as he is staring down a par-3. He put up some freakish numbers last year with eight sacks, 17 tackles for loss and three interceptions — astounding stats for an interior lineman. Penn State’s defense was nothing short of heroic last year, and Zettel was the main reason why.