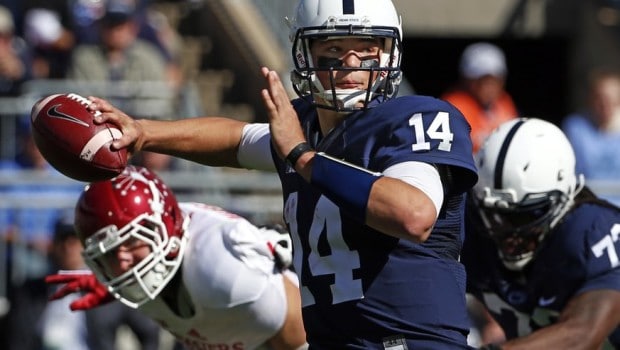 PENN STATE QB HACK TO NO. 20 JETS IS A REAL POSSIBILITY

Don’t be surprised to see the New York Jets, unable to swing a trade into the top part of the draft, reach for him at No. 20.

Hackenberg could be the team’s selection in the first round, if they get the feeling he won’t be there when the team makes its next selection with the 51st overall pick in the second round.

Hackenberg leaves Happy Valley as Penn State’s all-time leading passer with 8,457 yards to go with 48 touchdowns in 38 games. He also set a school record his freshman year of 2013 when he passed for 2,955 yards under then head coach Bill O’Brien.

The 6-4, 236-pound quarterback struggled the past two years after coach Bill O’Brien left to become the head coach of the Houston Texans, but there are believed to be more than a few teams who feel they can bring Hackenberg to that freshman year when he showed so much promise.