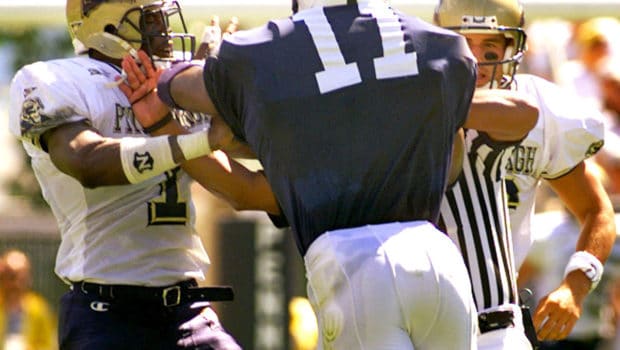 PENN STATE-PITT IS A RIVALRY THAT SHOULD NEVER DIE BUT WILL!

Families, towns, neighborhoods, cities and workplaces are divided as fans of both teams live among each other throughout the state. One team and its fans will earn bragging rights until they meet again.

That will happen next year at Heinz Field and then again in 2019 at Beaver Stadium. That 2019 game will be the 100th meeting, a significant milestone. It is one of the longest running rivalry games in college football. Penn State has played Pitt more than anyone other team, and Pitt has played only West Virginia (104 meetings) more than it has played Penn State.

That is the best that college football has to offer: two teams in close proximity with a lot of history and tradition playing in a rivalry game. These games are almost always fun, no matter who wins.

My advice to people, though, is to enjoy these next three Pitt-Penn State games because they could be the last three between these two teams for quite some time. This series will go away after 2019, and there is no telling when it will resume. The two teams no longer need to play each other as this game is not close to the most important game on the schedule for either of them: