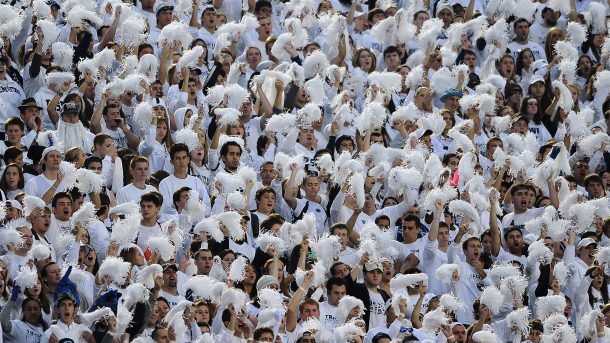 And it may turn out to be its toughest game of the season.

And ESPN’s College GameDay thinks so too.

GameDay, making its seventh trip to State College, begins at 9 a.m. on ESPN. The game kicks off at Beaver Stadium at 7:30 p.m. on ABC with Herbstreit and Chris Fowler on the call.

Corso will choose headgear between the No. 10 Nittany Lions or No. Buckeyes, a pair of undefeated teams that posted a combined 440-146 scoring margin to start the season.

This matchup — one between coaches James Franklin and Urban Meyer and quarterbacks Trace McSorley and Dwayne Haskins — was circled a long time ago by Penn State fans. Without another premiere game on the Week 5 slate, it made total sense to have GameDay in Happy Valley.