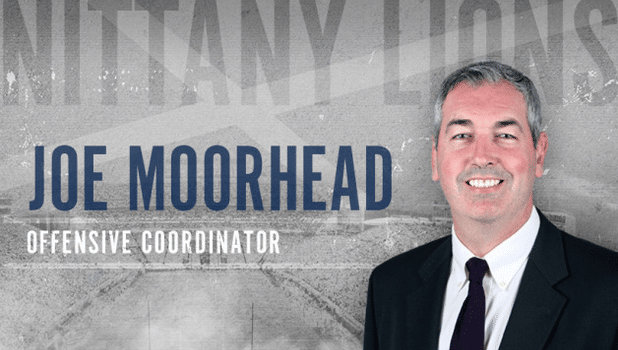 Penn State offensive coordinator Joe Moorhead, who is thought of as the genius behind the Nits’ juggernaut, will be named Mississippi State’s new coach, ESPN is reporting.

In two seasons, Moorhead directed one of the country’s most prolific offenses. Last season, the Nittany Lions set school records for total offense (6,056 yards) and passing yards (3,650), and tied the mark for points scored (526). Penn State’s scoring output increased by 14.4 points from 2015 to 2016, the fourth-highest jump among Power 5 teams.

Prior to helping head coach James Franklin revitalize Penn State’s program, Moorhead spent four seasons as head coach at Fordham, his alma mater. The Pittsburgh native inherited a program that went 1-10 in 2012 and guided it to a winning record in each of the next four seasons.

The Rams went 11-3 in 2014 and won a Patriot League title. He had a 38-13 record in four seasons at Fordham and his teams reached the FCS playoffs in each of his last three seasons.

Moorhead previously worked as Connecticut’s offensive coordinator and also worked as an assistant at Akron and Georgetown.