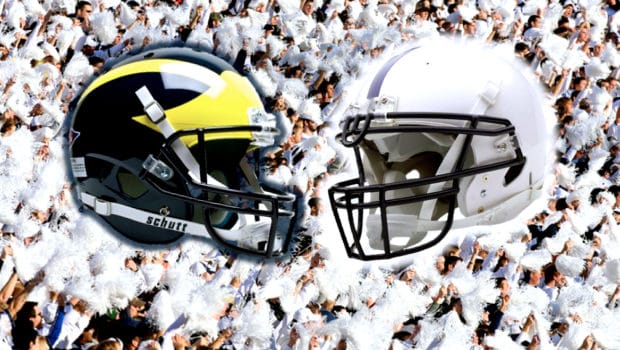 Penn State steps up in class this Saturday, and the Nits will need their Big Boy Pants!

They open their nine-game Big Ten Conference slate at No. 4-ranked Michigan Saturday in a game that will kick at 3:30 p.m. on ABC as the national broadcast.

Penn State is 7-12 all-time against Michigan.

In the last meeting against Michigan, Saquon Barkley ran for 68 yards, Saeed Blacknall had a 25-yard touchdown catch and Tyler Davis converted on all three of his field goal attempts, but the Wolverines picked up the 28-16 win.

Defensively, Marcus Allen led the way with 12 tackles and a pass breakup.