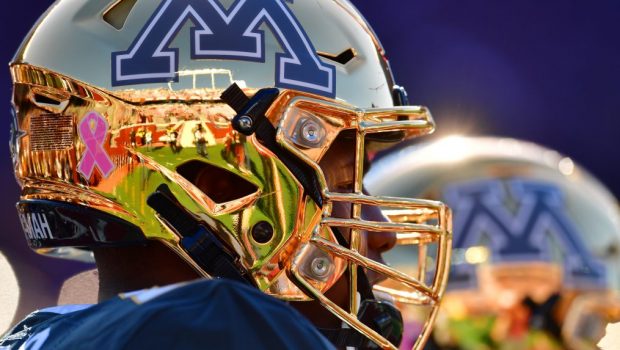 PENN STATE-MINNY: SATURDAY SMACKDOWN WITH A LOT ON THE LINE!

The is the biggest game in Nittany Nation, probably since 2006:

The Nittany Lions have their sights set on their first appearance in the College Football Playoff, and a road win against a ranked team would be another resume-booster that would sure come in handy come selection time.

Penn State plays at Ohio State, which has the top spot in the first edition of the CFP rankings, in two weeks to likely determine the front-runner in the East Division.

This is the most-anticipated game at Minnesota since Oct. 10, 2003, when the 17th-ranked Gophers lost 38-35 at the Metrodome to 20th-ranked Michigan. The Golden Gophers not only have a 10-game winning streak that’s the program’s longest since the early 1940s, but they have a two-game lead on Iowa and Wisconsin in the West Division with those teams playing each other on Saturday. Their first trip to the Big Ten championship game is legitimately in play.

Minnesota running back Rodney Smith vs. Penn State’s front seven. The third-leading rusher in the conference this season and the third-leading rusher in program history, Smith will be leaned on heavily by a Gophers offense that has run the ball more than any other Big Ten team. The Nittany Lions, led by linebacker Micah Parsons and defensive end Yetur Gross-Matos, have the second-stingiest run defense in the FBS with an average of 68.4 yards given up per game on the ground.

Penn State: QB Sean Clifford. He leads the Big Ten in total offense, accounting for an average of 276.4 yards per game.

Minnesota: FS Antoine Winfield Jr. He’s third on the team in tackles and is second in the FBS with five interceptions.