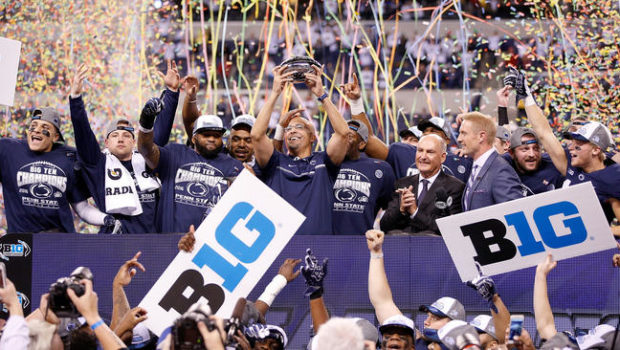 This year’s team hosts 19th-ranked Michigan, which embarrassed the Lions 49-10 a year ago. Then it will make back-to-back trips to sixth-ranked Ohio State and 18th-ranked Michigan State. Should they make like ’82 and successfully run the gantlet ahead of them, the Lions would no doubt emerge in mid-November, having galvanized their current ranking of second with a solid argument to be one spot better. They also are likely to have boosted running back Saquon Barkley into his own lane in the Heisman Trophy race. But most important, they would be in the driver’s seat to win their second consecutive Big Ten title and in position to correct what many still believe was 2016’s biggest error, leaving the 11-2 conference champs out of the College Football Playoff. They ended up settling, if one is allowed to use that word in this context, for a Rose Bowl berth and a 52-49 shootout loss to USC: