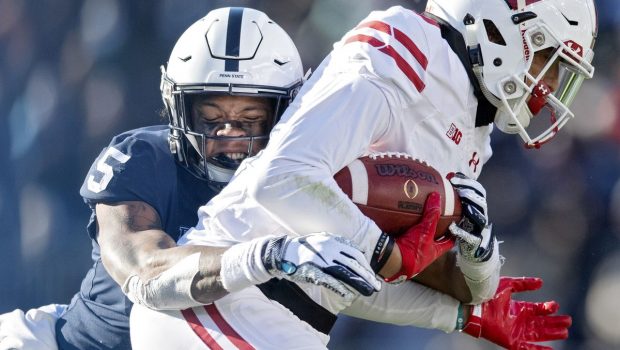 PENN STATE MAY NOT BEAT WISCONSIN, BUT NITS WILL COVER 5 1/2!

Bettors are anticipating a low-scoring battle, with early action on the UNDER driving the total down to 50. Wisconsin went UNDER the total in each of its final four games last year, with an average of 29.0 points scored in those contests.

The Nittany Lions have won 15 of their last 16 games in September, but it’s not often that they kick off their season with a tough test on the road. This marks the first time under coach James Franklin that Penn State is beginning the year against a ranked opponent, and it’s the first time it will visit a Big Ten opponent to open a campaign since 1994 (excluding last year’s conference-only season).

Facing this tough Wisconsin defense on the road puts a lot of pressure on a Nittany Lions offense that is adjusting to its fourth offensive coordinator in five years. Fortunately, new OC Mike Yurcich has a sparkling track record, most recently leading Texas to an average of 42.7 points per contest last season. Since 2013, Yurcich’s teams have scored at least 40 points in more than half of their games.

Still, it’s hard not to imagine some early hiccups from Penn State’s new-look attack, especially if fifth-year senior quarterback Kyle Clifford can’t cut down on his turnovers. The Nittany Lions offense has struggled recently against tough opponents, with Penn State going UNDER in five of its last six as an underdog and three straight as a road dog.

Points should be at a premium in this critical Big Ten clash, making anything more than a field goal with the underdog Nittany Lions look like too much to pass up.