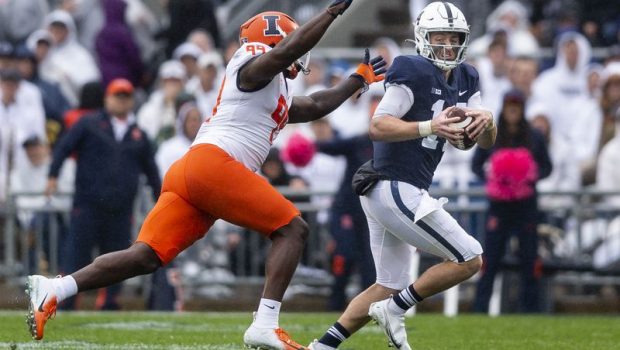 Penn State came off its post-Iowa-loss bye week with an historically bad performance at home against Illinois.

The Illini took down the No. 7 Nits in a game that made a great case for bringing ties back to college football.

It took nine overtime for Penn state to lose 20-18.

And with the loss Penn State fell to 5-2 and almost surely pissed away any chance for a Big 10 title and a bigtime bowl.

By number of overtimes, it was the longest game in NCAA history.

All told, the two teams combined to score 18 points in nine periods of overtime.

Penn State had the win in its hands in the first go-around of overtime, but Jaquan Brisker dropped what looked like an easy interception on third down for Illinois. Both team ended up exchanging field goals for the first two overtime periods, leading to an exchange of two-point conversions.

The first exchange saw both teams passing for the win … and both teams dropping the game-winner. It wasn’t the best football. Even more drama hit in the fourth round of overtime, as Illinois quarterback Artur Sitkowski rolled right and landed hard on his wrist after another pass fell incomplete.

Sitkowski exited the game with a clear wrist injury, while Penn State missed its next two attempts. Illinois brought in Brandon Peters under center, but the result didn’t change. Another incomplete Illinois pass sent the game to a sixth overtime. Followed by a seventh overtime after both teams again failed to score. Then an eighth, where, finally, someone reached the end zone. Both teams, in fact, meaning nine overtimes.

And finally, someone won.

Illinois wasn’t far from taking the game in regulation, as a stalled out Penn State drive resulted in the Illini getting the ball back with 27 seconds left. A few quick plays got them to their own 42-yard line with 13 seconds left, but they never came close to field goal range.

Neither team found the end zone in the second half of a dreary day at State College. Sitkowski finished regulation with only 30 passing yards, while Penn State quarterback Sean Clifford, coming off a mid-game exit two weeks ago against Iowa, didn’t exactly look 100 percent. 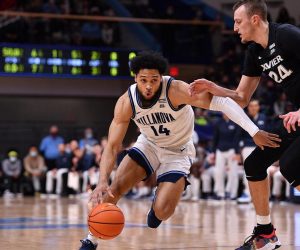 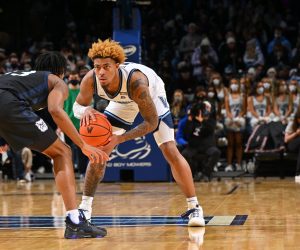