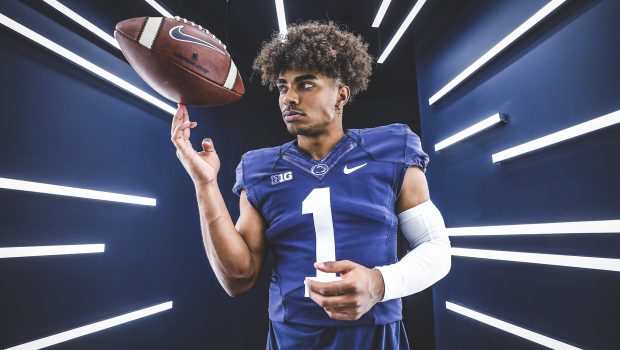 Coming off a true freshman season where COVID-19 hindered his development, Bowens gets a welcomed fresh start while the Sooners address a need in their quarterback room.

“Micah, everything’s new for him,” former offensive coordinator Kirk Ciarrocca said back in September. “He didn’t have the head start that these guys have had with learning everything, so it’s really hard. Micah’s a talented young man. I think it’s really hard to evaluate a quarterback until you’ve given them enough time to learn everything and get enough repetitions that he’s not still thinking on every single play when the ball is snapped. Because quarterbacks, you’ve got to do all your thinking before the ball is snapped. When the ball is snapped, now you have to react. But I’m pleased with Micah and his work ethic and the talent that he has.”

A former standout for one of the top programs in the state of Nevada, the Bishop Gorman High School star was a two-year starter. He put up big numbers while going on two state title runs. Bowens had 2,770 passing yards, 927 rushing yards, and 44 total touchdowns as a junior in 2018. Then, in 2019, he followed that effort with 2,148 passing yards, 589 rushing yards, and 36 total touchdowns. A dual-threat quarterback with a strong football I.Q., he’ll enter a room known for helping signal-callers reach their full potential.