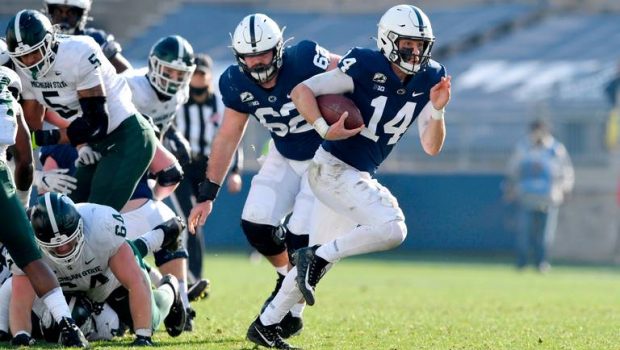 Penn State now has a chance for a fourth win, and maybe a bowl game bid.

The Nits will face Illinois on Saturday in Beaver Stadium. Kickoff is set for 5:30 p.m. on FS1.

“I’m very proud of everybody,” Franklin said following the win over the Spartans. “It’s not easy to do, and the last three weeks, we have found ways to win, which is really what we’ve done for seven years.”

With a victory and perhaps even without one, the Lions could earn a bowl game invitation and extend their season even further after next week. However, as bowl games continue to be canceled across the country, it’s possible that the Big Ten affiliated games could fill up before Penn State is selected. Time will tell. The flip side of that coin is that teams such as Pittsburgh, Virginia, and Boston College have already announced that they won’t be going to the postseason because of the sacrifices made to play during the coronavirus pandemic. If more teams do so, that could open up spots, too, and it’s not even clear what choice Penn State would make about going to a bowl game, although receiver Jahan Dotson did say that he would “absolutely” want to play in a game if the Lions are selected.

Before any of that matters, however, the Lions must first deal with Illinois. This week’s Big Ten schedule is highlighted by a Noon meeting between Ohio State and Northwestern in the conference title game at Noon on FOX