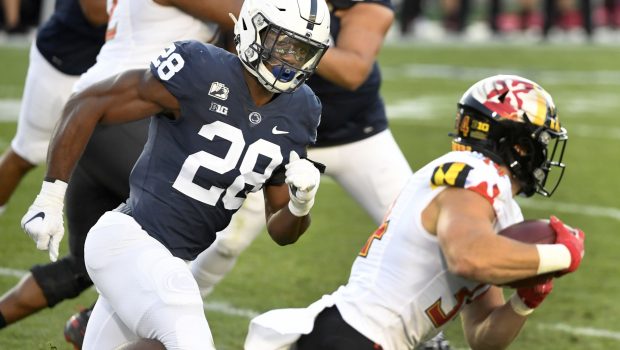 PENN STATE LB’S PARSONS AND OWEH MAY BE THERE FOR EAGLES AT 12!

The Eagles haven’t spent a draft pick on a prime-time linebacker since they took Mychal Kendricks in 2012, and they got six good seasons out of him.

History has shown they don’t put much emphasis on the LB position, except as an afterthought.

Next month’s draft may be the time to break that bad habit.

Additionally, Oweh put up a 6.84-second three-cone drill and a 4.15-second short shuttle, showing agility in line with the draft’s top cornerbacks and wide receivers.