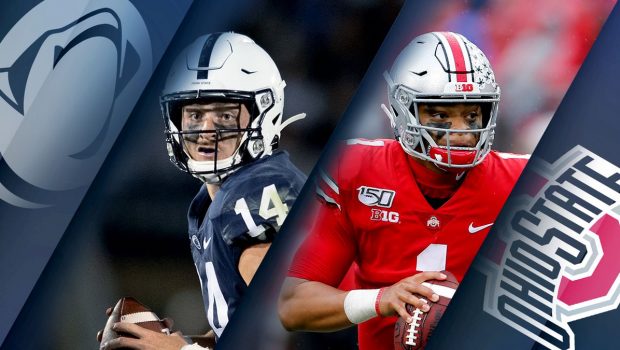 “It’s gonna be a tremendous challenge. We look at as also a tremendous opportunity,” Franklin said yesterday. “We’ve had some great battles with Ohio State, and we’re one of the few teams to beat them over the last (few) years.”

With the running back room depleted and quarterback Sean Clifford coming off a two-interception performance, Franklin and Clifford agree the offense needs to be more explosive. How they do it is anyone’s guess.

It could come down to the receiving corps, where freshmen Parker Washington and KeAndre Lambert-Smith should have plenty of opportunities. Speeding up the maturation of the entire offense seems like a tall order against anyone, let alone Ohio State.

“I’m not here to hang with Ohio State. I’m here to beat Ohio State,” Clifford said. “I wouldn’t have come here if I didn’t have that mentality.”

Penn State hasn’t started a season 0-2 since the program was dealt NCAA sanctions and lost to Ohio and Virginia in 2012. Jumping into Big Ten play right away makes this season all the more difficult, and trying to withstand losses of key players on top of that already has Penn State in a predicament few expected. A largely empty stadium for what would have been the annual White Out is just another oddity in a season already full of them for Penn State.