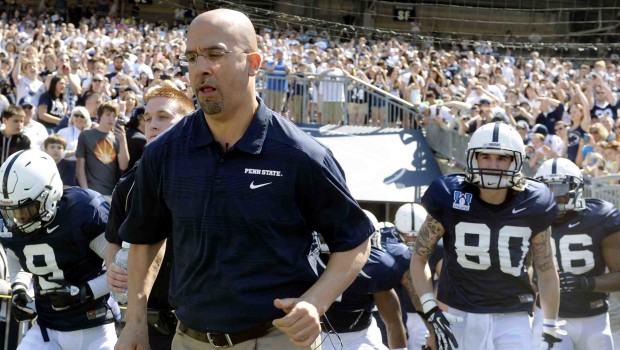 Penn State and coach James Franklin have a must-win game on Sept. against Pitt.

The Big Ten East Division is probably off the table because of where the Nittany Lions are relative to superpowers Michigan State, Ohio State and Michigan, so Penn State needs to show progress in other ways.

One way would be by beating the in-state rival the Nittany Lions haven’t played since 2000.

That won’t be easy, though. Judging by her recent comments, Penn State athletic director Sandy Barbour understands the issues James Franklin’s team still suffers from a talent standpoint because of the sanctions handed down by the NCAA following the Jerry Sandusky scandal.

Those sanctions were lifted in September 2014, but because of the way recruiting works, the worst part comes now.

The question is whether the majority of Penn State fans understand that. If the Nittany Lions can beat the Panthers, that question wouldn’t require an answer. (If only for another week because Penn State plays Temple seven days later.) If Pittsburgh wins this one, the pressure intensifies in State College.