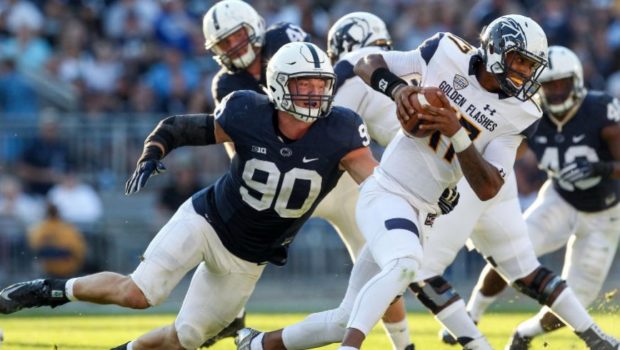 PENN STATE EDGE RUSHER SICKELS SHOULDN’T EVEN BE IN THIS DRAFT!

There’s not much about Garrett Sickels game that gets you excited when projecting to the next level. After the progression he made going from a sophomore to a junior, it would have been nice to see him stay in school one more year to see if that same development could have happened again. As it stands though, Sickels had average production in this loaded class with well below-average measurables. It’s still up in the air if he’ll even make a roster come this fall:

What he does best: