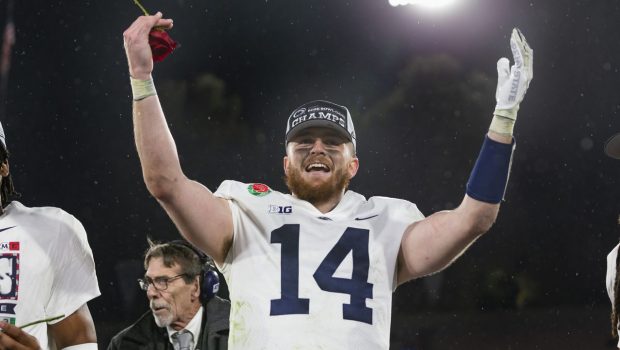 After the two teams were tied 14-14 at halftime, PSU freshman running back Nick Singleton broke off an 87-yard run to put the Nittany Lions up by seven in the third quarter.

Less than 10 minutes later, QB Sean Clifford found WR KeAndre Lambert-Smith behind the entire Utah secondary for an 88-yard touchdown. The longest pass play in Rose Bowl history gave Penn State (11-2) a two-TD lead that was insurmountable for a Utah team that lost Cameron Rising in the Rose Bowl for the second consecutive season.

The win is Penn State’s second Rose Bowl victory in five appearances. The Nittany Lions’ lone Rose Bowl win before Monday came in 1995 when it beat Oregon 38-20. Penn State last appeared in the Rose Bowl in 2017 when it lost an epic 52-49 thriller to USC.

Utah tied the game in the second quarter on Ja’Quinden Jackson’s 19-yard TD run. But the Utes ran out of time on their final drive before halftime and went punt, interception, punt, punt and turnover on downs before scoring a TD with less than 30 seconds left.