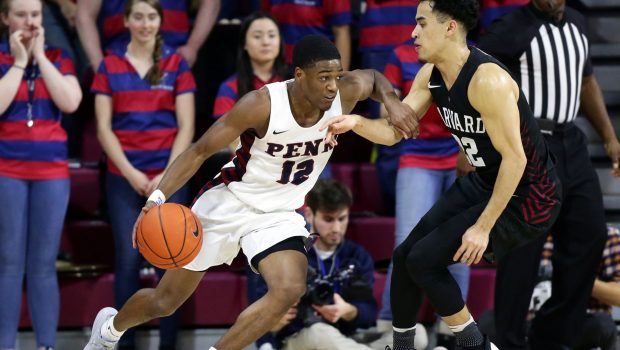 Harvard’s Noah Kirkwood forced overtime with a fade-away jumper in the lane just before the buzzer. Bassey made a 3-pointer and was fouled with nine seconds left in OT but he missed the free throw. Harvard got the offensive rebound and had a good look at a tying 3-pointer but it rolled out.