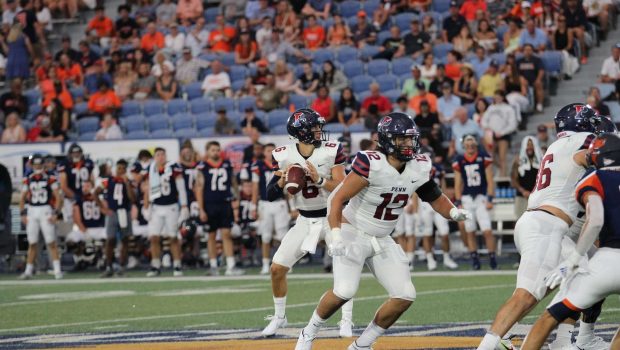 Rory Starkey Jr. had 113 yards and Ryan Cragun added 110 receiving yards as Penn blasted Bucknell 30-6 in the first game the Quakers have played in 665 days because of the pandemic.

The Ivy League canceled football last year because of COVID-19.

John Quinnelly threw for 273 yards and two touchdowns and his 44-yard scoring pass to Cragun with 8:37 before halftime broke a 6-all tie and the Quakers never looked back.

Quinnelly later found Starkey on a 70-yard connection to start the second half for a 23-6 lead.

Danny Meuser’s 4-yard touchdown run for Bucknell (0-3) with 3:29 left in the first quarter gave the Bison their only lead. Bucknell held the ball for almost eight minutes during an 18-play, 83-yard drive.