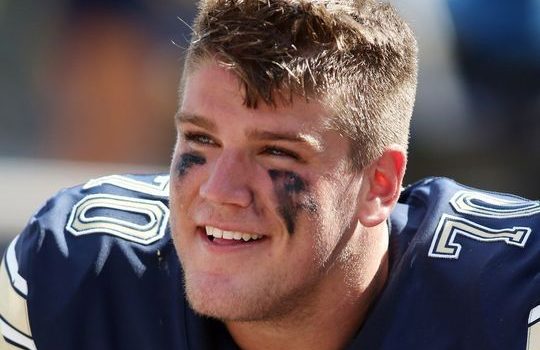 FOR PENN CHARTER AND NOTRE DAME’S MIKE MCGLINCHEY, PLAYING FOR EAGLES WOULD BE ‘A DREAM COME TRUE,’ WATCH!

The Eagles met the other day with Mike McGlinchey, a Penn Charter grad who did well enough at Notre Dame that he’s ranked by CBS Sports as the No. 5 offensive tackle in the draft.

“Super Bowl champs, you know, passionate city,” McGlinchey said at the NFL scouting combine. “Everything I do, everybody I love is back at home in Philadelphia. So, if any team would pick me that would be great, but it would be pretty special to go home, too.”

“It’s ingrained in my family, the way that we were raised,” he said. “The competitiveness, the passion that I have for the sport and the loyalty that Eagles fans have for their team and obviously the rest of the sports teams in Philadelphia makes you, for the ones that you’re playing for, have that much loyalty, too.”

“This is a cool experience for us out here, we’re around some of the best and brightest minds in football for the next week or so and I get to talk to all these people, which is so cool to me.”