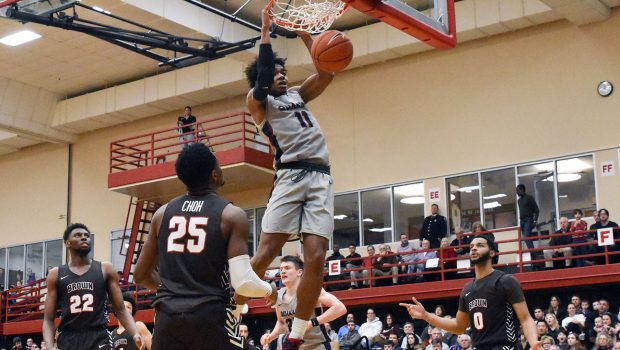 Jordan Dingle scored 17 and Max Martz added 13 points and seven boards for the Quakers (14-11, 6-6), who are now tied with Brown for fourth place in the Ivy League, which qualifies its best four teams for the tournament, March 14 and 15 at Harvard.

Lucas Monroe (above) had eight points and nine rebounds.

Devon Goodman, who is averaging 14 points per game, was held to only six points (0 of 13).

Penn takes on Cornell at home on Friday.