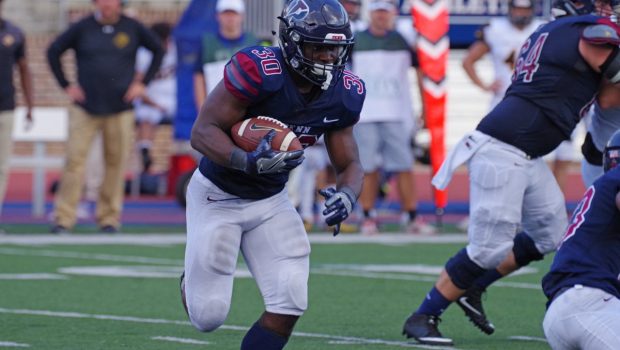 By Annie Ross and the Associated Press

Karekin Brooks rushed for 246 yards as visiting Penn shut down Brown to take a 13-7 victory.

Penn (5-2, 2-2 Ivy League) scored its only points in the first half on its way to sending the Bears to their 12th straight conference loss, dating to the 2016 season.

Brown marched 65 yards in five plays to cut the lead six when Michael McGovern hit Jakob Prall on a 20-yard TD toss with 27 seconds left in the game. The ensuing onside kick was recovered by Penn.

Jack Soslow got the Quakers on the board with a 21-yard field goal in the first quarter. He also closed out Penn’s scoring with a 23-yarder in the closing seconds of the first half. Nick Robinson hit Steve Farrell on a 10-yard scoring strike with 2:51 left in the half.

The Quakers, who have won four straight games over Brown, finished with 370 total yards while limiting Brown (1-6, 0-4) to 195 yards. The Penn defense held Brown to just one first down and 49 total yards in the first two quarters.