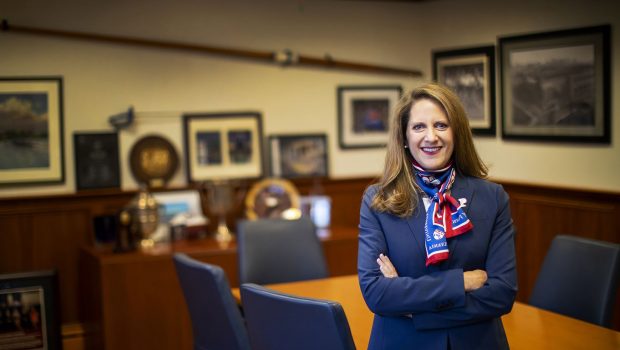 “Grace has done a superb job in leading our extraordinary Division of Recreation and Intercollegiate Athletics for the past seven years,” Gutmann said.

In addition, Penn has had 133 All-Americans, 226 individual NCAA Championship qualifiers, 21 Coaches of the Year, 31 Ivy League Players of the Year, 119 Ivy League individual champions, 256 first-team All-Ivy selections and a Rhodes Scholar. And Penn’s NCAA Academic Progress Rate consistently ranks among the best in the nation.

“Grace will depart having left an indelible mark on Penn Athletics,” Gutmann said, “not only on the field of competition but also in a deeply felt commitment to the overall health, safety and success of our student athletes and in the strategic planning and operations of the division. She has done important work in addressing issues of diversity, equity and inclusion within Athletics.”