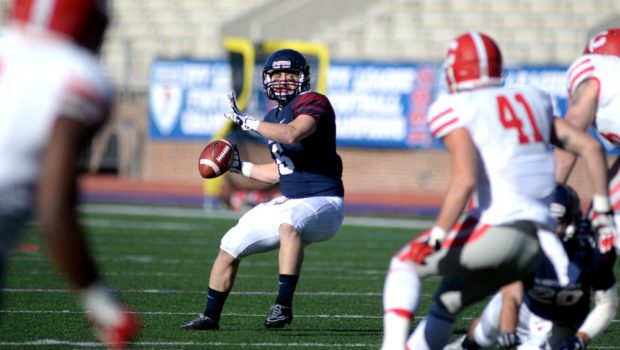 Tre Solomon scored on a 3-yard run with 2:06 to play and Penn ended its season with its fourth win in a row, 29-22 over Cornell at Franklin Field.

With 18 seconds left and no timeouts, Harold Coles attempted to dive over the top but was stuffed. Dalton Banks spiked the ball as time ran out but Cornell was given one last play. Banks rolled right and tried to hit Josh Sweet.

Karekin Brooks rushed 17 times for 146 yards and Will Fischer-Colbrie completed 15 of 25 passes for 204 yards and a touchdown as the Quakers (6-4, 4-3) rolled up 546 yards. However, Fischer-Colbrie was picked off four times, three by David Jones. Justin Watson had 13 catches for 192 yards and a score, giving him a TD reception in every game this season.