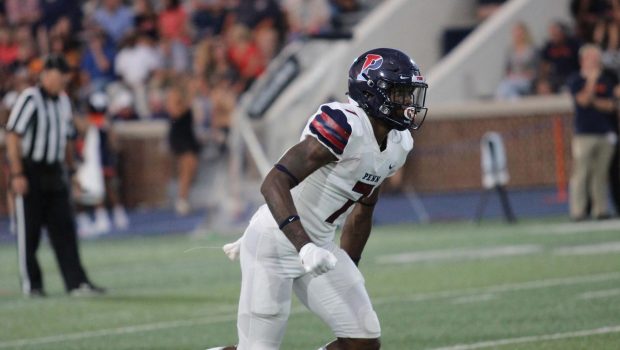 The Quakers’ Rory Starkey had seven catches for 121 yards and a TD, his seventh straight game with a touchdown.

Joe Gillette lead Lafayette to a 24-14 victory over Penn.

Gillette caught a 70-yard touchdown pass from Ah-Shaun Davis that gave Lafayette (1-3) a 17-14 lead midway through the third quarter.

The Leopards’ Billy Shaeffer had two interceptions, including a 41-yard pick-6 that capped the scoring with 14 seconds left in the third.

Gillette, a junior receiver, also had a 29-yard touchdown run in the first quarter. He finished with 49 yards rushing and caught five passes for 91 yards. Davis was 12 of 18 for 157 yards passing.

John Quinnelly threw a touchdown pass and three interceptions for Penn (1-1). He was 18-of-34 passing for 244 yards.