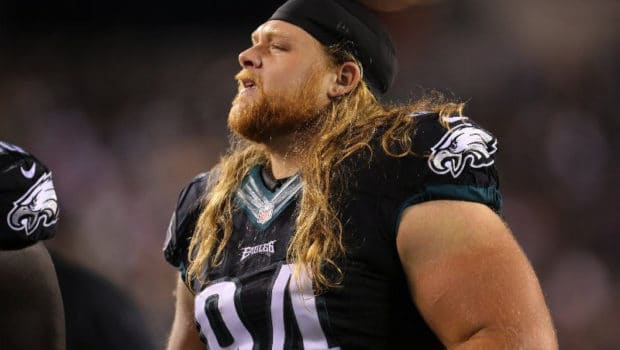 Just in time to get some reps in the last exo against the Jets nest Thursday night.

The Eagles removed Allen from the active/non-football injury list, and he will practice with the team tomorrow, the Eagles’ first time on the field since Thursday’s win over Miami.

Allen suffered a pectoral injury back in April.

The 25-year-old Allen is entering his fourth NFL season. He has not missed a single regular-season game in his career. The former seventh-round pick out of Wisconsin has 78 tackles, five tackles for loss, and one sack in 48 games (five starts). An ironman in college as well, Allen set a school record with 54 games played.

Defensive tackle is one of the deepest position groups on the roster with Fletcher Cox and Tim Jernigan leading the way.