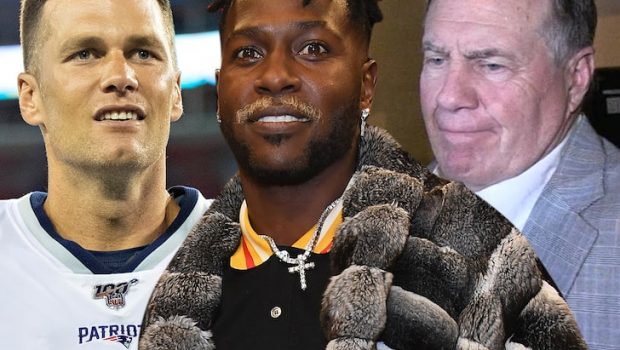 The New England deal reportedly includes a $9 million signing bonus and could be worth as much as $15 million. He is not eligible to play in the Patriots’ season-opening game tonight at home against his former team, the Pittsburgh Steelers.

The Patriots had a need at wide receiver entering training camp but now can team Brown with the recently reinstated Josh Gordon and Julian Edelman. Speculation about Brown landing in New England began immediately after he was released by the Raiders. The Patriots have a history of adding controversy-generating players such as Randy Moss, Albert Haynesworth, Chad Ochocinco, Corey Dillon and Gordon.

Their success in those moves has been mixed, but the quick addition of Brown reinforces the notion that they believe firmly that the authority of Coach Bill Belichick and influence of quarterback Tom Brady will keep such players in check. Now they will take a chance on Brown. He could make his Patriots debut Sept. 15 in their Week 2 game at Miami.

Brown posted an image of himself to social media wearing a No. 84 Patriots jersey, along with a video of him celebrating his release from the Raiders. His agent, Drew Rosenhaus, confirmed the contract terms to multiple media outlets but did not respond to a request for further comment. The Patriots had no immediate comment.