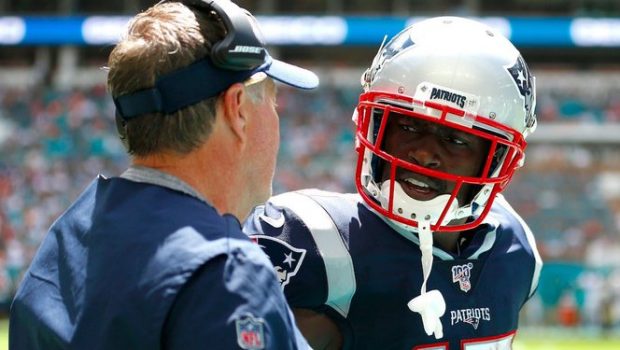 The Super Bowl champion New England Patriots have decided they can do without wide receiver Antonio Brown.

They released Brown today, less than two weeks after signing him.

“We appreciate the hard work of many people over the past 11 days, but we feel that it is best to move in a different direction at this time,” the team said in a statement.

Brown, who had practiced with the team earlier today, tweeted his thanks to the organization shortly before the move was announced.

Brown has been accused of sexually assaulting his former trainer, Britney Taylor, according to a civil lawsuit she filed Sept. 10, a day after the Patriots officially signed him. A source told ESPN’s Jeff Darlington that Brown declined to sign a $2 million-plus agreement with Taylor in a proposed settlement.

Taylor met with the NFL on Sept. 16. A source had previously told ESPN that there are “more interviews and information gathering being conducted now beyond Taylor.”

It remains unclear when or if Brown will interview with the league.

In addition to the lawsuit, Brown faces another allegation of sexual misconduct by a female artist who was working at his Western Pennsylvania home in 2017. That allegation was part of a Sports Illustrated report published Monday that detailed domestic incidents involving Brown, a charity auction theft and multiple unpaid debts.