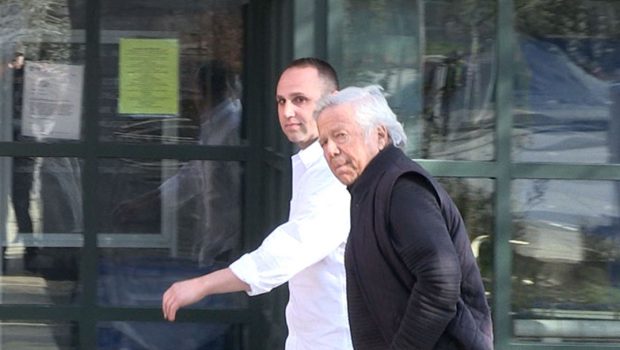 New England Patriots owner Robert K. Kraft has pleaded not guilty in absentia to two misdemeanor charges of soliciting prostitution at a spa that authorities allege was part of an international human trafficking ring with ties to China.

Kraft was allegedly captured on a camera hidden inside the Orchids of Asia Spa by Jupiter, Fla.,  police paying for sex on Jan. 19 and Jan. 20.

Florida authorities allege some of the women who worked at the spa were coerced into prostitution after arriving in the United States from China.

The case against Kraft, 77, is now set for March 27 at the North County Courthouse in Palm Beach Gardens about a month earlier than law enforcement officials had previously said. It was not immediately clear whether Kraft will have to appear personally or whether the arraignment can proceed with his attorney standing in for him.