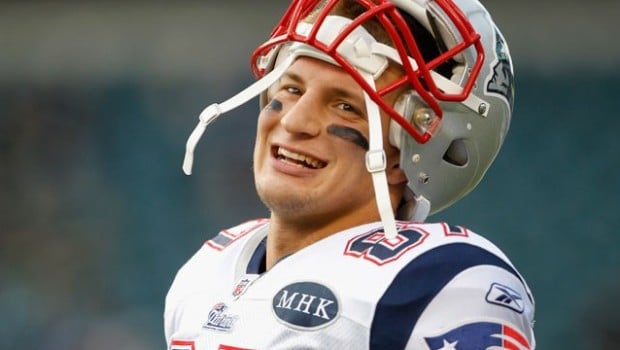 As the Eagles try to heal their wounds — and pride — after getting bashed on Thanksgiving Day by the Lions, the New England Patriots have their own injury issues leading up to next Sunday’s Birds game.

Tight end Rob Gronkowski (above) only has “bruising” and a “minor knee strain” while NFL Network’s Ian Rapoport noted that Gronkowski might not miss any time. ESPN’s Adam Schefter reports that Gronkowski is not expected to play against the Eagles and could miss extra time as the Patriots don’t feel a need to rush their most important offensive skill player back on the field.

Schefter notes that the return of Gronkowski will be a “pain tolerance issue” and the Patriots have erred on the side of caution all season, holding players out an additional week more than necessary to preserve their long term health. New England also sees this as an opportunity forScott Chandler to get more comfortable in the offense, so there is no rush to rush Gronk back.

ESPN’s Dianna Russini also notes that linebacker Dont’a Hightower will be “evaluated later this week”, which means more information will not be available until later. She also notes that Hightower is considered week-to-week and, for the aforementioned reasons, Patriots fans shouldn’t expect Hightower to play against the Eagles.