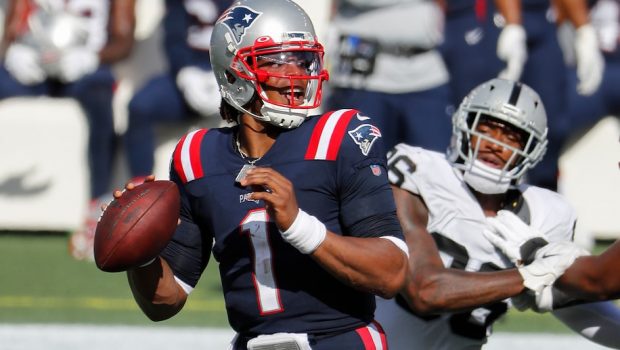 ESPN is reporting that New England Patriots quarterback Cam Newton has tested positive for the coronavirus and is out for tomorrow’s game against the Kansas City Chiefs.

Veteran Brian Hoyer has served as the Patriots’ No. 2 quarterback through the first three weeks of the season, and 2019 fourth-round draft choice Jarrett Stidham has been third on the depth chart.

The Patriots were scheduled to depart for Kansas City today, but plans are now on standby as the club awaits more test results and guidance from the NFL, ESPN is reporting.

The expectation is that Sunday’s game will not be played as scheduled at 4:25 p.m. ET, a source told Yates. A source told one option being discussed would involve the Patriots leaving for Kansas City on Sunday and playing the game Monday.