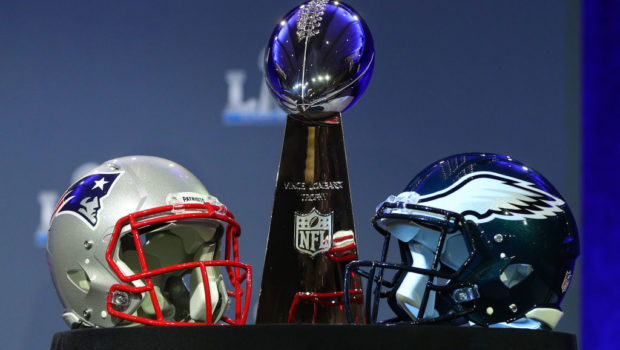 PATS AND EAGLES ARE 1-2 IN PRE-SEASON NFL RANKINGS!

You don’t tug on Superman’s cape. You don’t spit in the wind. You don’t mess around with the Hoodie’s team or bet against the Pats in the AFC East. Some things just have to be seen to be believed; the Patriots not winning a division title, for instance. Still have Tom Brady. Still have Josh McDaniels and still have the greatest mind in all of football in Bill Belichick. Basically never lose at home. Reinvent themselves from drive to drive. Maximize their talent. Exploit every inefficiency. Sure, the other teams in this division should all be better than a year ago … but not good enough to dethrone these guys, yet.

Maybe, perhaps, the Cowboys push them a little bit (should they avoid the wrath of off-field issues, suspensions, potential suspensions and self-created crisis that have been constants), but that’s it when it comes to the division. They will pummel the Skins and Giants and may be the best team in the NFC. Carson Wentz has MVP potential and the security of a new deal, the roster is overflowing with depth to the point they may be able to make multiple trades before final cuts to accrue more draft capital to keep the thing going there. The front office is adroit at making constant tweaks and utilizing the trade market unlike most others. Best team on paper, with the highest upside, within the division.