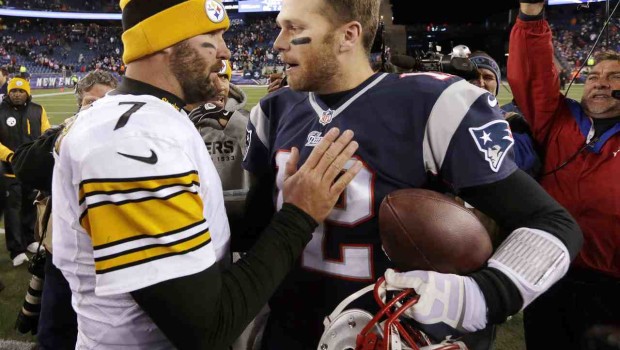 Tonight’s the night as hundreds of millions of NFL fans around the USA can pivot from Deflategate to the games that matter!

The New England Patriots continue to gain momentum on the NFL Week 1 odds ahead of their season-opening game tonight against the Pittsburgh Steelers, and now are pegged as strong 7.5-point favorites at sportsbooks monitored by OddsShark.com.

The Patriots’ odds have received a big boost since the announcement last week that quarterback Tom Brady’s four-game suspension had been nullified by U.S. District Court Judge Richard Berman.

With Brady ready to suit up for the Steelers vs. Patriots betting matchup at Gillette Stadium, New England surged from around a 3-point favorite to a 7-point favorite before climbing to their current position.

While enormous media focus has been on Patriots activities far from the gridiron, it’s important not to overlook the defending Super Bowl champions’ outstanding 13-2 straight up (SU) record in their past 15 games, including seven contests in which they surrendered 17 or fewer points.