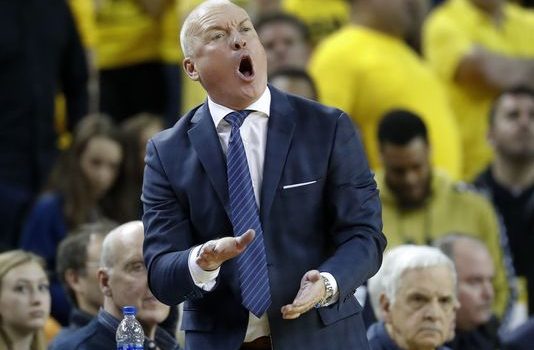 PAT CHAMBERS IS NOW A VOLUNTEER ASSISTANT AT LA SALLE!

CBS Sports’ Jon Rothstein reports that Chambers is joining the coaching staff at La Salle in a voluntary capacity as “Special Assistant to the Head Coach.”

Chambers stepped down from his position at Penn State on the eve of the 2020 season last October, with the exact details left for us to mysteriously buzz about.

Chambers is a Philly native who worked as an assistant under Jay Wright at Nova before heading to State College.

It’s hard not to imagine Chambers taking over the Explorers top job if coach Ashley Howard is fired.