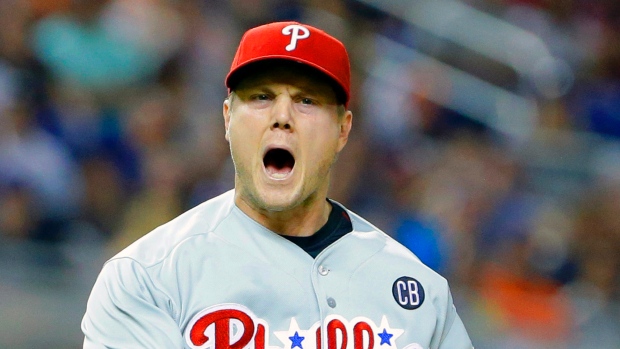 CUBS, DODGERS, JAYS KICKED PAPELBON’S TIRES AND HAVE MOVED ON

The Phillies were so close to moving Jonathan Papelbon last month that they were telling teams to make their best offer. Then they abruptly pulled back, apparently to wait for the hiring of Andy MacPhail as their next team president.

Now, however, there are indications that the Phillies might have missed their best window to trade Papelbon, whose $13 million vesting option for 2016 remains a major hurdle. The Cubs have called up Rafael Soriano. The Blue Jays are moving Aaron Sanchez to the bullpen. The Dodgers are prioritizing starting pitching at the trade deadline.