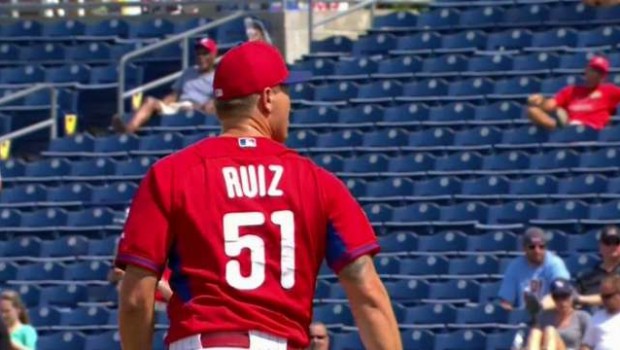 There is something about the end of spring training that sends Phils closer Jonathan Papelbon into a brain cramp.

For the second year in a row Papelbon has forgotten who he is.

When he entered the ninth inning of Wednesday’s Phillies-Rays spring training game, he took the mound not as himself, but as catcher Carlos Ruiz.