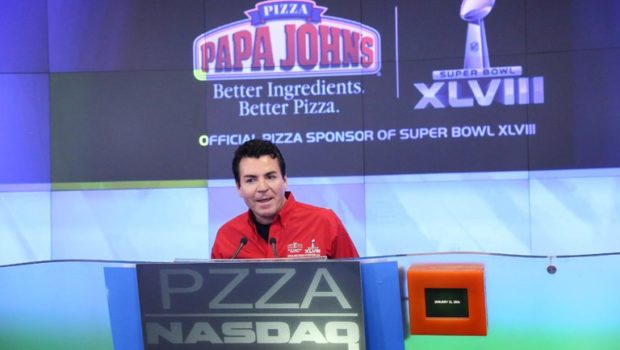 The NFL and Papa John’s pizza have gotten a divorce.

And the split was mutual.

Claiming that last season’s controversy surrounding players who took a knee or otherwise protested during the playing of the national anthem, Papa John’s said its North American sales had declined 3.9 percent.

John Schnatter, the founder of the home-delivery pizza chain and the longtime face of the company, stepped down last year. Schnatter said on an analyst call at the beginning of November that the league should have stopped the protests in 2016, when they began.

“The NFL has been a long and valued partner over the years,” he said. “But we’re certainly disappointed that the NFL and its leadership did not resolve the ongoing situation to the satisfaction of all parties long ago. This should’ve been nipped in the bud a year and half ago.”

Two weeks later, the company addressed the statements, apologizing “to anyone who thought they were divisive.”